Get advice and inspiration for how to spark a love of learning in our kids! 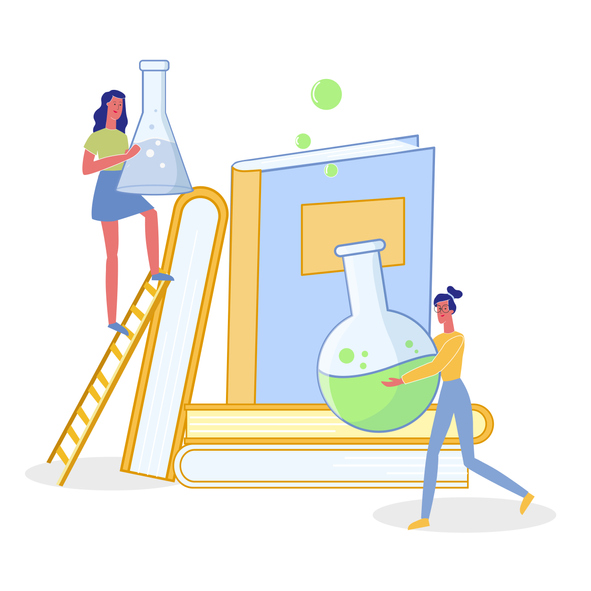 Science has a way of influencing society by changing the way we think and act. Often when we think of scientists who’ve made a great impact on the world, the first name we think of is a man. However, we must not forget to bring attention to the women hidden behind some of the greatest scientific discoveries. It is important for growing children, especially young girls, to know that there are women just like them working in STEM. Providing your child with knowledge of inspirational women in science can encourage them to follow a career in this path, and maybe make a huge scientific discovery one day. Here I will talk about a diversified group of phenomenal women who have pioneered a way to make a difference in the world of STEM.

A British chemist and expert x-ray crystallographer, Franklin is widely known for her research on the basic dimensions of DNA strands. She revealed that DNA molecules are aligned in two matching parts that run in opposite directions. Her data was used by scientists James Watson and Francis Crick to later progress the further research of the DNA model. Just like many unsung heroes, Franklin’s work was not fully recognized until after her death. She died four years before the Nobel Prize would be awarded to her, making her ineligible for the prize.

One way we can continue to celebrate and teach children about Franklin’s legacy is by creating edible DNA models. In order to create models, all you would need is rope-like candy, gummies or colored marshmallows,  and toothpicks. Together with your child, you will be able to assemble this model, discuss the importance of DNA and Rosalind Franklin’s discovery.  Don’t forget about the yummy experience you will also receive at the end of the experiment.

Youyou is a Chinese pharmaceutical chemist, known for her discovery of malaria treatment. Without a medical degree, Ph.D., or even a research training abroad, Tu studied traditional Chinese and herbal medicines. She found within her ancient medical text a substance used to treat irregular fevers called Wormwood. With the assistance of her research team, Tu was able to discover and extract artemisinin, a substance from wormwood, to treat malaria. Since her amazing discovery in 1970, millions of lives have been saved.

Tu Youyou is an inspiration to many, and just like her, your child could inspire others and save lives too. Parents, try researching with your little ones about women doctors or chemists who have saved lives with their discoveries. Don’t know where to start? Try looking at this list to begin researching!

An American engineer, physician, and former NASA astronaut, Jemison became the first black woman to travel into space. Before her role at NASA, Jemison was a doctor for the Peace Corps and worked as a general practitioner. Jemison joined the astronaut corps in 1987 in hopes to become an astronaut. She was then selected to serve the STS-47 mission. During this mission, she orbited the earth for eight days (September 12-20, 1992). Jemison is a great example of the importance of following your dreams.

Society seems to have its ways of discouraging kids from following their dreams. Parents, it is up to you to encourage your children to set goals and achieve them as Jemison did. You can start this encouragement within your own household by going outside in the starry night and stargaze. While you’re outside you can catch fireflies and talk about your dreams and aspirations in life. Then have your children write down their goals and hang them somewhere in the house.

A Saudi Arabian medical scientist, Sindi is known for making major contributions to the point-of-care medical testing and biotechnology. Dr. Sindi is one of the first female members of the Consultative Assembly of Saudi Arabia. She is also ranked by Arabian Business as the 19th most influential Arab in the world and the ninth most influential Arab woman. Dr. Sindi is an astounding woman who not only promotes science education at universities across the globe but also focuses on encouraging STEM education for young women in Saudi Arabia.

One way you can motivate your child to be like Sindi is by assigning them an illness to find a cure for. Start by giving your child a common injury or illness, and help them research what it is. Next, have your child research a home remedy to treat it. After researching, your child can create the remedy (with you or independently), and you can give them a certificate to highlight the importance of their hard work and Dr. Sindi’s.

Gladys West is an African American mathematician, known for the development of the satellite geodesy models and her mathematical modeling of the shape of the earth. West’s work was eventually incorporated into one of the greatest creations we know today--the Global Positioning System or GPS. Due to her success, West was inducted into the United States Air Force Hall of Fame in 2018.

West brought the world an efficient and rapid way of traveling to our destinations. One way we can show our appreciation to Ms. West and teach your little ones about her is by using a GPS to explore your neighborhood. During your exploration, you can discuss how to use a GPS and how to read maps. Don’t forget to tell them about Gladys West!

These five astonishing ladies have proven to be an asset to the world. While I only presented a list of five women, these stories and more have inspired me to work hard and chase my dreams. There are thousands of women in STEM and the numbers are continuously growing. Parents, I encourage you to ignite the light in your children’s mind by taking the time to research such stories with your child. Find someone who inspires them and get them engaged with an activity to empower them to follow their dreams. You never know, your child could be the next scientific phenomenon.

The #1 curriculum-aligned guided math and spelling app for parents and teachers who want to inspire learning, improve scores and see results. Try it free for 14 days!
Try for free! Watch video!